Longtime Educator Kahn Honored With County Teachers of the Year 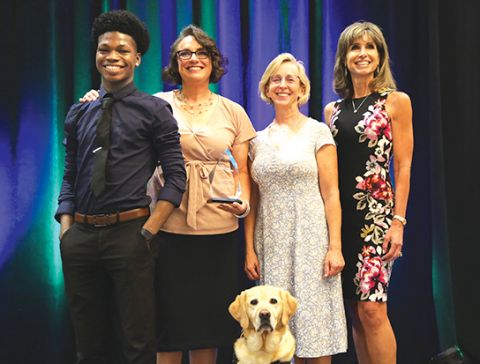 Kahn was named Folsom Cordova’s 2019-20 Teacher of the Year in May. She is a special education teacher with nearly 30 years of experience. As an educator in the Counseling Enhanced Program (CEP), Kahn helps children of all abilities develop the skills they need to access their education.

During her banquet speech, she was joined on stage by former Principal Carole Vargas, with whom she previously worked at Navigator Elementary, her Facility Assistance Dog, Gigi, and former student D'Angelo Smalley. During his remarks, Smalley expressed his gratitude for Kahn's efforts years ago to help him successfully transition into mainstream classrooms.