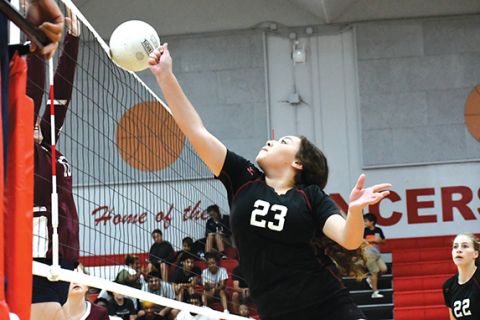 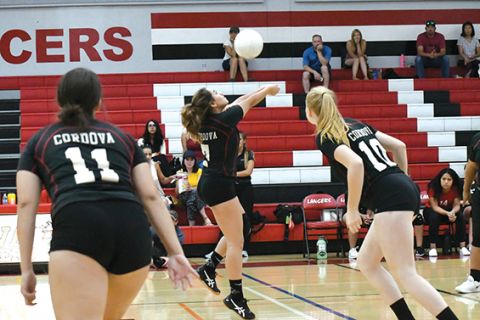 The night certainly didn't go as planned during what was Senior Night for the program in their season finale, coming up short in the match-deciding fifth set. For Lady Lancers' head coach Kristen Endean, however, it was a bitter end to what she feels was a foundation-building season overall for her club, who finished 3-14 overall, including a 3-7 mark within the Greater Sacramento League.

With eight seniors on this seasons' team, Endean paid tribute to her players as the first set of the night featured a seniors-only lineup for Cordova. Endean, who has been around six of the eight seniors during the past four years dating back to her first year as a math teacher, wanted to honor her upperclassmen, whom she admitted will miss having around.

"Six of them I had as freshmen in my math class the first year I taught," Endean said. "I have had connections with them and have seen them grow, so it is sad that I'm not going to see them on the court anymore."

Yet despite losing their season finale, a large group of seniors, and narrowly missing out on the CIF Sac Joaquin Section playoffs after finishing in fourth place within league, Endean is looking forward to next season and coaching up her returning players. Sophomore libero Megan Yang, freshman opposite Casaundra Seifert, and senior outside hitter Emika Love were mentioned as key parts of the program moving forward.