An Extraordinary Exhibit of Hats 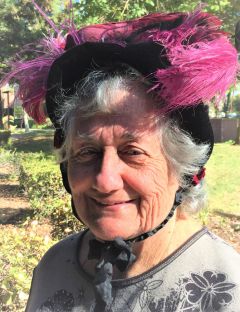 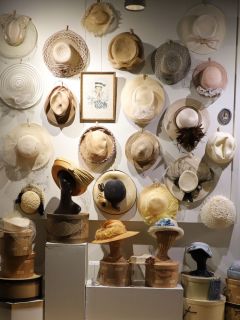 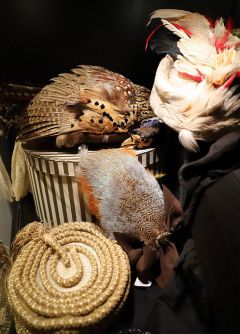 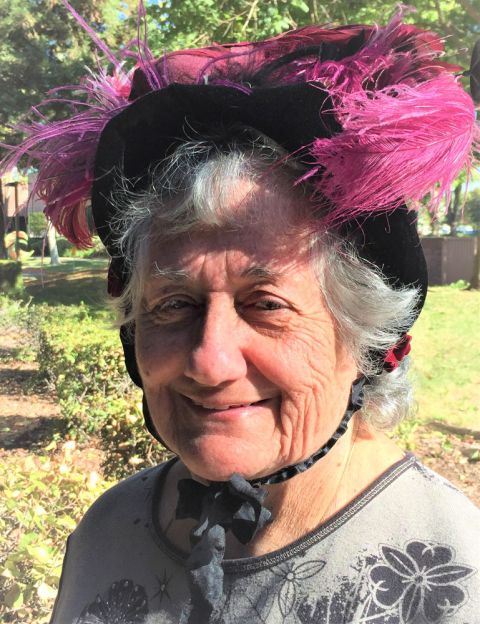 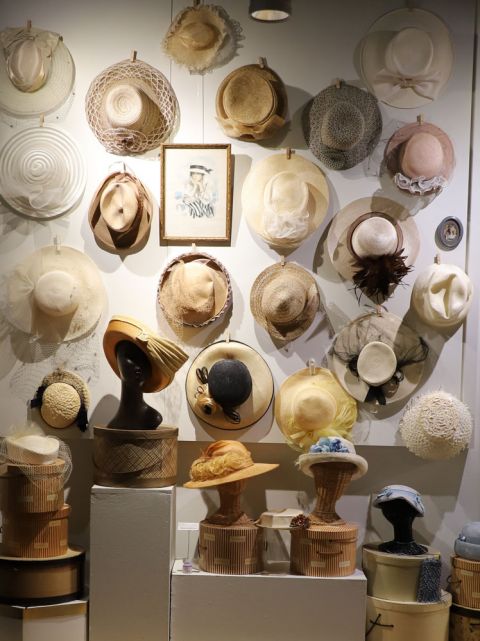 The Mad Hatter exhibit is on display from Oct. 21 through Nov. 20 at the MACC, 10141 Mills Station Road. Photo provided by Cordova Community Council

RANCHO CORDOVA, CA (MPG) - When Rancho Cordova resident Barbara Alfidi began hunting through antique shops in search of a perfect hat to finish off her Gold Rush era costume for a history event back in the 1980s, she could not have known that she had embarked on an adventure that would lead to the Mad Hatter exhibit now on display at the Mills Station Arts and Culture Center (MACC).

“Mad Hatter” is open to the public Thursdays and Fridays from 3-8 p.m. and Saturdays from 11-4 p.m. from Oct. 21 through Nov. 20 at the MACC, 10141 Mills Station Road. Admission is free of charge.  It features more than 800 hats collected by Alfidi over decades.

From her single days working for the Los Angeles Herald Examiner, Alfidi always had an interest in fashion.  But, hats? Well, to her, hats are special – even an art form.

“I appreciate old hats and the workmanship it takes to make one that is beautiful,” she said.  “I started collecting them because of my interest in history.”  Today she continues to seek out hats at thrift stores and antique shops because she sees a need to preserve a sliver of hat history.

Whether worn to protect from sun or snow, or to make a statement, the wearing of hats dates back to the earliest of times.  And while a well-styled hat is a must today for the Queen of England, the decline of hat-wearing by modern women is traced to changes in the Catholic Church, which dropped Mass hat wearing requirements in 1983.  Nevertheless, Alfidi’s passion had been ignited, and over the next 40 years, she collected an unknown quantity that is likely more than 1,000‒along with hundreds of hat boxes, hair pins and more.

Alfidi grew up in Southern California, graduating from high school and later Woodbury College.  Upon graduation she went to work as a secretary for the Herald Examiner, a job which brought her close to the glamour of Hollywood, including two trips to the Academy Awards and another two to the Emmies.  Her interest in fashion took hold.

She met and married her husband in 1971, and his job as an engineer for the California Department of Water Resources, eventually brought her to Rancho Cordova.  Three sons – Michael, Joe and Tony James eventually followed.

Alfidi’s interest in history prompted her to join the Sacramento Living History Society, for which she needed a period hat, and the rest, as they say, is history.

Later, as she searched for hats to decorate for a Sons of Italy fashion show, her hat stash grew.  In the years that followed, her extensive collection filled shelves and closets of her Rancho Cordova home, then spilled over onto bookcases and more.  Pillars of hat boxes grew in every room.

Alfidi said she does not have a favorite hat, but she does have that first hat she ever acquired – a black velvet number that ties under the chin with a ruffled grosgrain ribbon.  It includes rose-colored feathers and, if you look hard enough, a bird to match.

In 2019, during a visit to a yard sale at her home in search of Halloween decorations, Cordova Community Council staff members stumbled upon the magnificent hat collection, and later, acquired it for this exhibit. It includes a stunning 826 head coverings of every style, color and material imaginable, each lovingly acquired during Barbara Alfidi’s hat search forays.

While hats are a passion, Alfidi has other extraordinary collections.  They include antique buttons, hundreds of hand-held fashion fans, Italian Christmas ornaments and other Italian artifacts.  Proud of her Italian heritage, she also started a collection of Pinocchio dolls and other items, which now reaches into the hundreds.  She owns more than 400 men’s ties.

She collected Rudulph Valentino memorabilia because her father was once an extra in one of his movies, and a collection of antique mourning attire and objects has been assembled which she hopes will end up in a Sacramento museum someday.

Her hat collection, now the property of the Cordova Community Council Foundation, is the real show stopper, however.  Her passion for hats endures, and she continues to comb through thrift stores and antique shops to find hats to rescue, admire and cherish.   When she is not in search of hats to acquire, she watches old movies, including silent films, to catalogue the hats worn in each in a continuing labor of love.

“When I see what happens to hats in thrift stores, I see history being destroyed,” she said. “I think of workers in little sweat shops, and all the work that went into it… and I have to save it.”