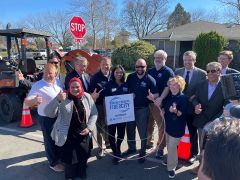 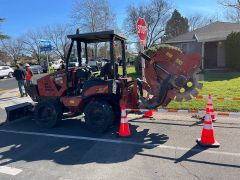 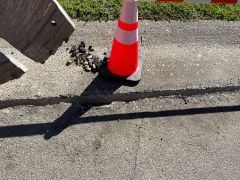 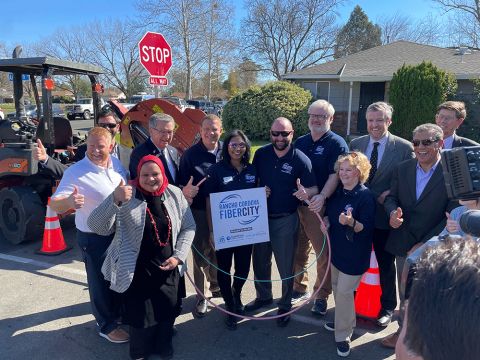 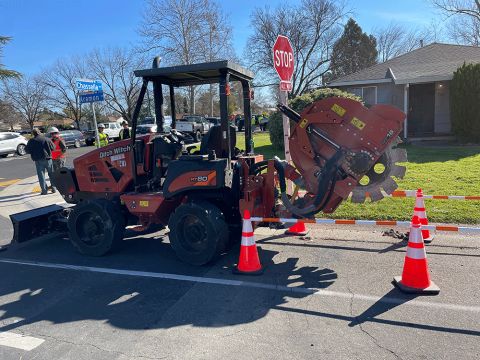 The micro-trenching machine will be used to make trenches for the fiber cables around the city. Photo by Doug Benton

RANCHO CORDOVA, CA (MPG) - On Monday, the City of Rancho Cordova broke ground on Rancho Cordova Fiber City, which is a citywide, ultra-high-speed fiber network in partnership with SiFi Networks and GigabitNow.

“As we have witnessed first-hand during the pandemic, high speed internet is no longer a luxury, but a necessity,” Rancho Cordova Mayor Donald Terry said. “We are now a nation of Zoom meetings and because of a global pandemic, online education became the only way our kids could learn in school.”

Rancho Cordova is the first city in Northern California to bring citywide, Gigabit plus broadband delivered by an extensive fiber network that, once built out, will reach every house and business in Rancho Cordova. It’s just one of the initiatives that gives Rancho Cordova its Smart City status, according to a city press release.

“Rancho Cordova’s Smart City status will be strengthened by the city-wide fiber network. And what is a Smart City? It is a city that is built with high tech connectivity to enhance city services for its residents and businesses,” Terry said. “Not just for today, but into the future. And not just for a few but for everyone.”

The project, which has been privately funded, will provide 10 gigabit internet speeds to all residents, businesses and institutions in Rancho Cordova. Once completed, the network will be open to multiple service providers, but the first provider will be GigabitNow. This dynamic should open up for better competition and rates for the community.

“This project represents a significant investment of $63 million‒private investment at no cost to the taxpayer. We are extremely proud that Rancho Cordova will be our first fiber city in Northern California,” SiFi Networks’ Geoff Spickler said.

The specifics for the project will be to cut a 1 ¼ inch wide by 12-inch-deep incision (trench) where the road meets the curb. Fiber cables will be laid in the trench and sealed, according to information provided by the city.

The project is starting at the intersection of Chassella Way and Aramon Drive with the neighborhood projected to go live in about six to seven months. The whole city is scheduled to be on the network in two years.