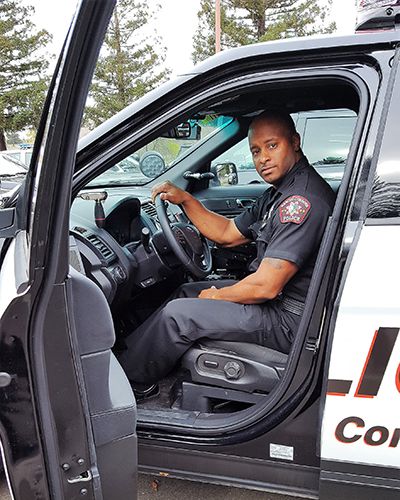 Deputy Tyrie McIntyre values his connections with the Rancho Cordova community, where he grew up. McIntyre is a “shift supervisor and counted on patrol veteran,” said Rancho Cordova Chief of Police Michael Goold. 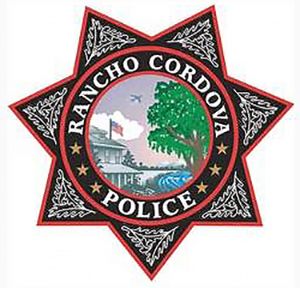 A deputy in the Sheriff’s Department was a mentor to McIntyre when he was a kid, and McIntyre was often around other officers, as well. “I got to see what it was they did,” McIntyre said, “and not just to see them in a law enforcement capacity, but also on a personal level.” When he later joined the Sacramento Sheriff’s Department, he worked with some of those officers, although some are now phasing out and retiring.

McIntyre has a passion for working with young people and feels that it’s important for kids to have a positive experience with law enforcement. “When I’m on patrol and I come across a young man that may be struggling, I can share some of the experience that maybe I had, and kind of give perspective.” Parents help, he said, when they talk positively to their children about the police. “When you see an officer, you tell (kids), ‘You see that guy right there? He’s there to help you. If you’re in trouble, if ever you’re in need, that guy right there is risking his life to come help you.’” Contrarily, parents can put the opposite thought in a child’s mind by negative comments that McIntyre sometimes hears, such as, “See that policeman? He’s going to get you!”

Some of the best moments on the job come from helping children, McIntyre said. Some of the worst, though, come from seeing children he knows are not in a good home situation, and knowing that he can’t fix it. “It bothers me, it just weighs on me,” McIntyre said. “That’s probably the toughest thing that I deal with personally.”

Balancing time between work and family is always a challenge in this line of work, and McIntyre’s favorite pastime is spending time with his wife and three children. “It takes a special person to become an officer, because you’re going to see things that are going to impact you at home,” McIntyre said. “You just have to be able to deal with that in whatever constructive way you can.”

With a Bachelor’s Degree in Criminal Justice, and over 12 years experience with the Sacramento County Sheriff’s Department, including his three years with the Rancho Cordova Police Department, McIntyre loves his work. “It’s just good to have people that you know you have a common goal with, and you’re willing to work to get to that goal ...Chief Goold, he makes it a good place to work. He’s brought in good people, and he continues to bring in good people.”

Chief of Police Michael Goold said that McIntyre has a vested interest in the safety and security of all who call Rancho Cordova home. “Every day he comes to work with a smile on his face and a determination to make a positive change. He is a shift leader and counted on patrol veteran.”

With the current climate surrounding law enforcement, McIntyre said, “Some people just don’t understand what we do ...I don’t have a problem, when someone stops me and asks me why, what do I feel about a certain situation. I love to share that with them because oftentimes they walk away with information that they may not have had prior to our contact.”